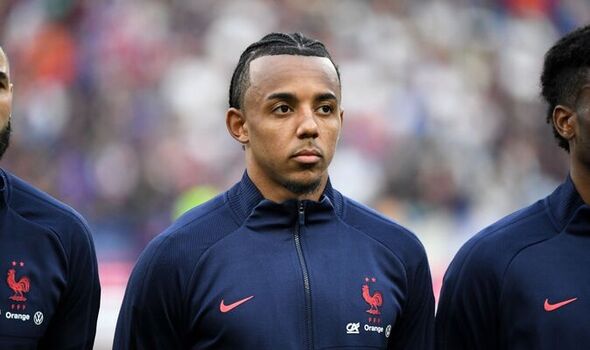 Joan Laporta has rescued the Catalan club financially and now wants to make them competitive in football. They are going all out for Poland's Robert Lewandowski, but he wants to reinforce the defence that suffered so much during the season.

Xavi already has his favourite, and it is the Frenchman Jules Koundé, but the operation seems to be complicated for the Blaugrana club.

The team is looking to be a protagonist in Europe and in La Liga. They are already a team with more heart and for this season it is not a bad idea to bet on them in https://bookmaker-ratings.net.za/review/betway-co-za/ where they can find the best places to do it safely and with the highest odds.

The problems with signing

Josep María Bartomeu, FC Barcelona's past president, left the club in tatters financially speaking. When Joan Laporta arrived he realised how bad the team was and had to let Messi go, causing a commotion, but extraordinary measures had to be taken.

He hired Xavi, who didn't arrive in the best situation, but he was able to rescue the team and got them back into the Champions League and fought in the Europa League until the last minute. The team regained that Blaugrana essence and is looking forward to the next season with a lot of enthusiasm.

Offensively, the team regained their strength and with the help of Aubameyang, Pedri, Luuk de Jong, and Memphis Depay, the team scored goals, something they didn't do very often, as the departure of Messi and the loss of Kun Agüero left the team very weak in attack.

But with hard work, the team managed to score goals to finish second in La Liga. The problem is in defence. They concede a lot of goals, and it is the weakest part of the team.

Piqué is more worried about things off the pitch, and Jordi Alba is not the same as before. Dani Alves helped a lot, but his contract was not renewed and Serginho Dest never convinced Xavi. To reinforce the central defence, Frenkie De Jong was used, who, although he knows how to play there, is not his natural position.

Xavi needs a centre-back to accompany the Uruguayan Araujo and, to stop improvising him in positions that are not his, also to have a young, strong impassable back line.

The 23-year-old Frenchman is a priority for the coach, and he has already made this known to the board, who know they have to make a big effort to bring him to Camp Nou. The centre-back is still under contract with Sevilla and Chelsea is interested in him, his asking price is 65 million euros and the Catalan club has already let them know that they will not pay that amount.

Chelsea can afford the cost of the defender, and they need someone at centre-back after the departure of Rudiger to Real Madrid, but at the moment the English side has no intention of buying anyone because of the administrative problems that are going on with the sale of the team.

This is where Barcelona come in, as they are already the only team interested in Koundé, but they don't have the money to buy him and Sevilla needs money to strengthen their squad. So the idea, according to several media reports, is a reduction in the price and the inclusion of a player in the operation for the defender.

One of the ideas is to send the American Serginho Dest and an amount of money that would be around 30 million in a win-win operation for both teams, but the full-back does not please the Andalusian team so much, so in that option, we must look for new solutions.

Another idea that has passed through the offices of both teams is a loan of Koundé to Barcelona, with an option to buy if he reaches certain sporting objectives. In the end, the club would have to pay the 65 million for the transfer, but until the next season, and that would amortise the team's finances a little, as they would have a chance to save money on the player.

What does Koundé offer Barça?

The defender dominates both profiles in defence, and this gives him an added value as he can share the centre with whoever he wants, as he is very adaptable.

He is quick and strong, and his ball-handling is impeccable, which makes him an offensive weapon as he becomes the first outlet pass and the first offensive element of the team. Remember that Xavi likes to start with the ball under control from his own goal, so the Frenchman is perfectly suited to his style.

He can also play at full-back on the right, as his speed gets him to the byline and his good touch with the ball means he can put in good crosses for the strikers, making him an important attacking weapon.

Defensively, in any of the positions he dominates, it is very difficult to beat him at the back due to his speed and handling of profiles. He is one of the players with the most duels won in La Liga.

Xavi needs him to reinforce his defence with someone who can also contribute to the attack, which is why he is going to make an effort to bring him into the Blaugrana discipline as quickly as possible, but it seems very complicated due to the cost and the economic situation of the club, which, although not so bad, is still not ideal. Will Koundé arrive at Barcelona?