The top youngsters to watch in the 2020-21 Champions League 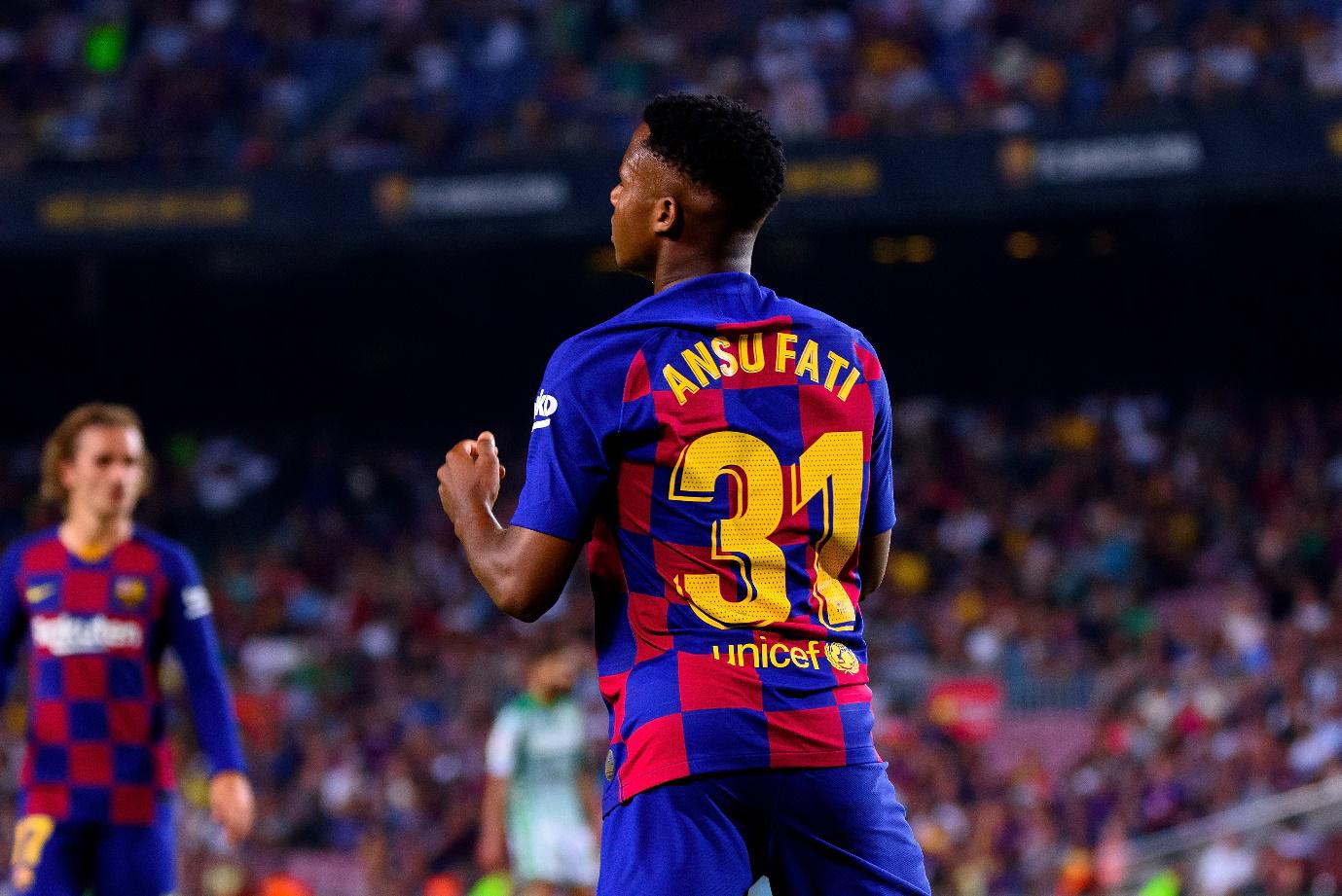 After a delay to the schedule, due to the coronavirus pandemic prolonging last season, the 2020-21 Champions League is finally underway. Last year’s winners Bayern Munich and Manchester City are the favourites in the betting market to make it to May’s final in Istanbul.

Whilst many football fans around the globe tune into the Champions League to see the likes of Cristiano Ronaldo, Lionel Messi, Neymar, and Robert Lewandoski, the European competition also gives the worldwide audience the chance to see some new stars make their breakthrough.

Last year, we were treated to goals galore from youngster Erling Braut Håland, classy performances from Bayern left-back Alphonso Davies, and witnessed Real Madrid’s Rodrygo become the youngest player to score a hat-trick in Europe’s elite competition. But which teenager is going to get chins wagging this campaign? Read on as we take a loot at some potential contenders.

Ansu Fati made the headlines last term when he became the youngest ever player to score in the Champions League, and this season could be even bigger for the 17-year-old. With Lionel Messi’s time at Barcelona seemingly wearing thin, Fati will want to prove that he is a direct replacement for the Argentinian. And, it’s been a fast start for the teenager this season, as he has already racked up three and an assist in four La Liga games, whilst he also notched another goal and assist as Barça thrashed Hungarian side Ferencvárosi TC 5-1 in their group stage opener.

Borussia Dortmund often boasts some of Europe’s top young talent, just look at the likes of Jadon Sancho and Christian Pulisic, for example, and Jude Bellingham is the latest promising star on the German side’s books. The 17-year-old signed for Dortmund form Birmingham City for £25 million in the summer, but already he has settled at the club, and has worked his way into the starting XI. Bellingham has started all four of Dortmund’s Bundesliga games, and became the youngest English player to feature in the Champions League when he made his debut in the 3-1 defeat against Lazio.

From one English midfielder making a name for himself in Germany, to another. With the amount of quality Bayern Munich have at their disposal, it would seem almost impossible for a little-known 17-year-old to break into their squad, but Jamal Musiala is making a good go of it. Once on the books of Chelsea, Musiala moved to Bayern in 2019, and made his professional debut in June 2020, coming on against Freiburg - and subsequently becoming the youngest player to play for the German giants. Musiala has featured in all four of Bayern’s league games so far this season, and even scored on their day 8-0 win over Schalke.

Back to Barcelona now, and Fati isn’t the only youngster making noise at the Nou Camp. Attacking midfielder Pedri is being dubbed as ‘the next Andrés Iniesta’. New Barça boss Ronald Koeman handed the 17-year-old his debut against Villarreal, with Pedri coming off the bench to replace Philippe Coutinho. After two more appearances from the bench, the Spanish U-21 international starting in the 1-0 defeat against Getafe, before coming off the bench and scoring his first goal against Ferencvárosi.

As we’ve already mentioned, Dortmund are one of the top producers in Europe for young talent, so it should come as no surprise that another one of their young players features on this list. Fans of Dortmund will already be familiar with Gio Reyna as he made 15 Bundesliga appearances last season - most of which were from the bench. However, he has started this season in fine form, scoring once and setting up four in Dortmund’s opening four games. He also assisted Håland in the 3-1 Champions League defeat against Lazio.

Other notable youngsters to watch this season include: Ajax’s Ryan Gravenberch - who has been likened to Manchester United’s Paul Pogba, Paris Saint-Germain’s Kays Ruiz-Atil, and Rennes duo Jeremy Doku and Eduardo Camavinga - who will both be hoping to make an impact on the big stage against Chelsea in the group stages.