Can Spurs beat Chelsea to the title ? 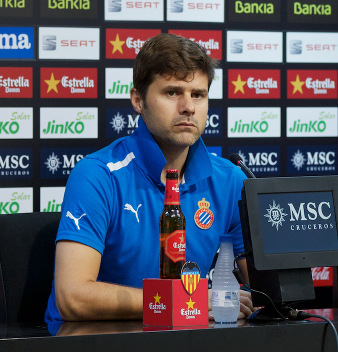 Chelsea and Spurs each have 16 points to play for as the Londoners fight it out for the Premier League title. With a four-point lead, Chelsea have a major advantage over their rivals but can Spurs turn it around and beat Chelsea to the title?

Currently, Antonio Conte’s men are as low as 1/20 to win the league whilst Spurs are as high as 10/1. Few would certainly write off Spurs at this stage after last season’s unprecedented title race in any case.

That said, it’s still a huge ask for Mauricio Pochettino’s men; not only do they have to ensure they do not slip, they must also rely on a Chelsea slip up.

Both teams are in fine form but Spurs have the recent edge. With just one defeat and nine wins in their last ten games, Spurs are hell bent on fighting to the very end, though Chelsea aren’t very far behind with seven wins, one draw and just two defeats. Though, Spurs form does tell us they’re capable of winning the title with their 2-0 win over North London rivals Arsenal being first hand evidence.

The likes of Dele Alli, Harry Kane, Danny Rose, Christian Eriksen and Eric Dier are in fine form and leading the way for this Spurs revolution. Next up for Pochettino is another London derby, this time away to West Ham. With Slaven Bilic’s men currently residing in 15th place, you’d expect Spurs to see off the Hammers without too many problems.

The Hammers are somewhat goal shy at home and Spurs haven’t lost on the road in the league since February. At White Hart Lane, Spurs have just one game remaining and will look to take their unbeaten home run to a whole season. However, with Man United still to play, who are far better on the road than they are at Old Trafford, it will be a challenging task.

Spurs have won 16 and drawn two of their home games this season and there would be no better way to bid White Hart Lane farewell than with a win over Jose Mourinho’s side. Of this they’re certainly capable. Pochettino then faces an away double header against Leicester City and Hull in his side’s final two games.

Leicester are a million miles away from the team of last season and shouldn’t cause too many problems, but Marco Silva’s outstanding home record may prove tricky to overcome. That said, there is denying Spurs possess the talent to cause any team problems.

Following Spurs’ showdown with West Ham, Chelsea play each of their remaining games (excluding the finale) before Spurs. This may come as a huge advantage to Conte’s men as it will undoubtedly help to keep the pressure on Spurs and be a huge test of Pochettino’s man management and mental strength. Chelsea arguably have an easier run of fixtures than their rivals also.

With relegation certs Middlesbrough and the doomed Sunderland to play at home, you would expect Chelsea to easily scoop maximum points at Stamford Bridge, they also host Watford who have also faltered of late. On the road, West Brom awaits for Conte and with Tony Pulis’ men desperately struggling for goals at the Hawthorns, there can be no excuses for the Blues.

If Spurs can maintain their form and snatch maximum points and Chelsea fail to win all four of their remaining games then we may just see Spurs clinch the Premier League title for the first time ever. And whilst it wouldn’t compare to Leicester’s triumph last year, what an end to the season it would be.